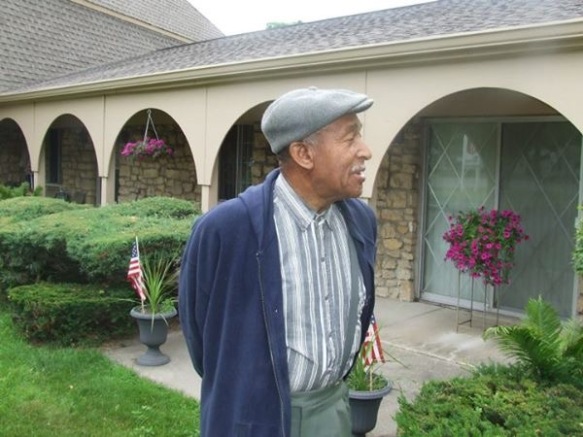 He walked around the room smiling from ear to ear. That smile I know and adored. He never spoke a word but happiness beamed from his presence. He stopped and stood in front of me, arms stretched out and eyes gleaming, awaiting my embrace. I quickly and lovingly obliged. My arms went straight through him, his ghost, but I felt every bit of him.

The home we were gathered in was unfamiliar but the entire family was there. While I couldn’t see their faces, I knew who they were. They were all in the kitchen, which was in full view of where I stood, laughing, talking and visiting.

Granddaddy began walking around the living room again where we had our little visit. Still smiling. I called out to the family, “Grandaddy’s here!!!” They didn’t immediately respond but shortly after, they became aware. They could see him! The family poured into the living room and formed a giant group hug around our sweet Eddie Pearl, unable to embrace him but also feeling every bit of him just as I did. We may have all stood there holding each other but he was very much there. Though we couldn’t physically touch him, we could see his handsome and kind face and we could feel his love for each of us. Happiness, love and family overwhelmed the room.

And then it was just the two of us once again. He stood in front of me, still grinning and holding my gaze as a bright round white light flashed before my eyes.

I woke up immediately. Heart beating out of my chest. All I could do was smile.

I love you granddaddy. Thank you for the visit. I’ll tell everyone you stopped by to say hello.

2 thoughts on “Eddie Pearl Stopped By for a Visit!”